My Quest To Visit All 47 South Carolina State Parks

Member
Anyway, Cheraw is a nice park. Classic 1930s CCC Parkitecture, large lake for swimming, fishing and boating. Sand beach to keep the girls happy. Boat rentals in season (summer), camping year-round, picnic areas and shelters. A nice boardwalk connects the day-use area to the boat-launch and camping areas on the other side of the lake. Only small (<10 hp I think) boats are permitted.
far from 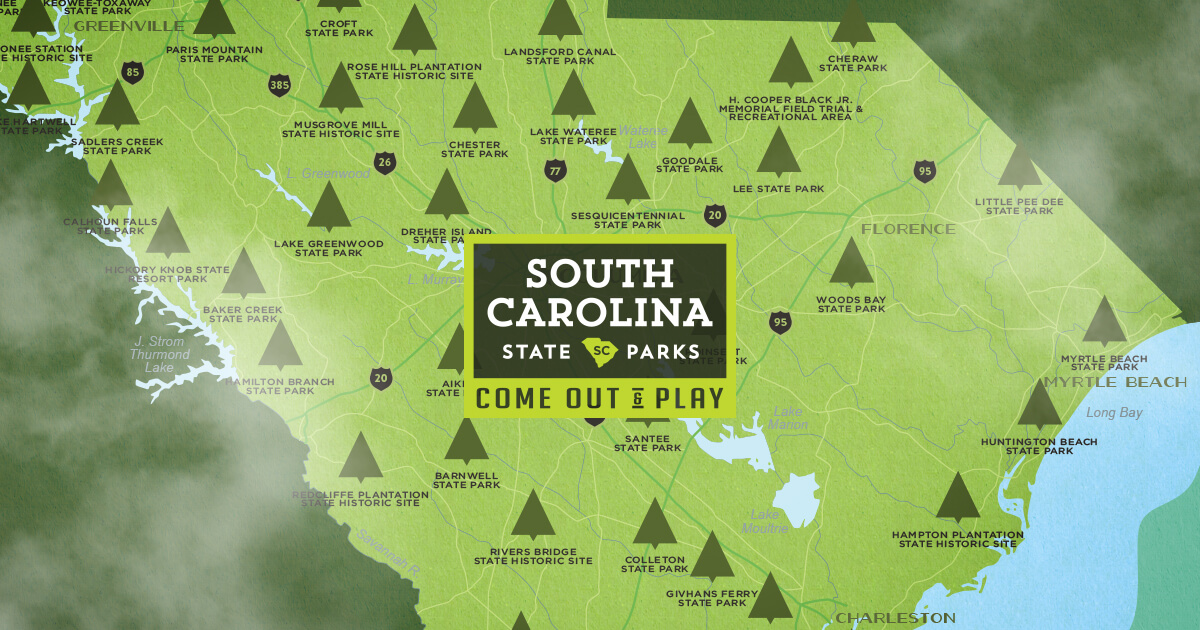 Not far from Cheraw is this park, devoted to the sport of Field Trials. The last couple miles were unpaved, hardpack sand with sparse gravel. Fine if you are pulling a horse trailer but not so great on a Connie. I like my pavement, myself. For those who arent't familiar, the sport involves training dogs to hunt upland game birds and following them with horses. There are large open fields, woodlands and ponds to run the dogs in. For rent are stables, kennels and campsites. The tent/primitive sites didn't seem to have much firewood handy, so I rode back and camped at Cheraw.
This would be a great place to bring the kids and/or grands on a weekend when they are hosting a national event. The park is several thousand acres, and areas are available to rent for dog and/or horse training. I would have camped there if there was an event, but I didn't feel like hauling firewood otherwise. Wood at Cheraw is available just outside the tent clearing in the woods, and someone politely left me a pile of sawn-up oak logs!

I'm going to try to include these links in the future, but I am still feeling my way along. Here are the links (which will allow you to view photos) of the parks I have visited so far and left out links for:

Woods Bay State Park offers a close-up look at one of the last remaining large Carolina Bays on the Atlantic Coastal Plain. Experience the splendor and diversity of the cypress-tupelo swamp first-hand from the 1150-foot boardwalk, or paddle your way amidst towering trees on the 1-mile canoe...

Now, Brookgreen isn't a state park, but I promised ya'll a family story... My grandfather was a barber from upstate SC/NC who settled in Georgetown, SC, in the late 19th century. He and his wife rented a house on Front Street, near the Sampit River waterfront where he worked, and commenced raising a family. I'm not sure if he began tending chickens there or later when he built his own house a few blocks inland. Along about the same time, wealthy Northern industrialists began buying up former plantations in the area for winter hunting retreats. Trouble was, market hunting had devastated the migratory waterfowl supply and crappy land-management had done the same for upland game birds like dove and quail.

These wealthy fellows would send their cars into town toward the end of the work day, and pick up Grandpa for a private hair appointment out at the plantation. Well, most folks will talk to their barber, and the would-be hunters with names like Rockefeller, Baruch, Huntington ---names well-known on far-away Wall Street---began to talk to their barber about the lack of game birds on their properties. And he talked to them about raising chickens. Birds being birds, so it was that Grandpa began to raise quail for these fellows.

Our family didn't become the premier farm-raised quail producers in the country, but Grandpa was still raising his own chickens when I came along in the 1960s. His coops and Grandma's gardens fell to development when I was in college (I cried). I've never raised birds, but I have the gardening DNA from both sides of my family.

One of my cousins lived in the gardens with a husband who was a botanist there. A former girlfiend (sic) stole my idea and married her second husband there (a rare treat, they only allow a limited number of weddings a year or they would be overwhelmed).