Member
We live about 100 miles from the New Brunswick border and 140 miles from the Quebec border - both good rides in their own respects. Then the borders closed and remained closed for a long time - there were ways - a test, proof of vaccinations - but all that ended around September 1st. On a very rare 70 degree November 8th day I tested the waters and rode out Maine State Route 9 from Brewer to just north of Calais (not pronounced the French way but what used to form on hands and feet). This section of Route 9 is often called The Airline. It's a great motorcycle road running through the Maine forests and hills. Part of it runs along an esker (A ridge of gravel and debris left by glaciers). It's a major connection between the border and better highways for truckers and travelers alike. Back in the day the highway had lots of pulp trucks that would crawl up hills and fly down the other side but Maine's forest products industry is but a fraction of what it once was and most trucks now are hauling 54 foot dry van trailers that take the hills a lot better. I rode about 75 in the 55 mph highway, an oncoming State Trooper didn't give me a second glance at 76 mph)
The Canadian customs had no waiting line and the officer seemed a bit bored. No questions about my health or vaccinations, just where I was from and where was I going (St. Andrews, NB). In fact for the first time ever entering Canada I was not asked about weapons ... specifically if I had any guns. I always answer with "I left them all home".... Reinforcing the biker guy on Raising Arizona image I suspect many Canadians harbor about Americans... 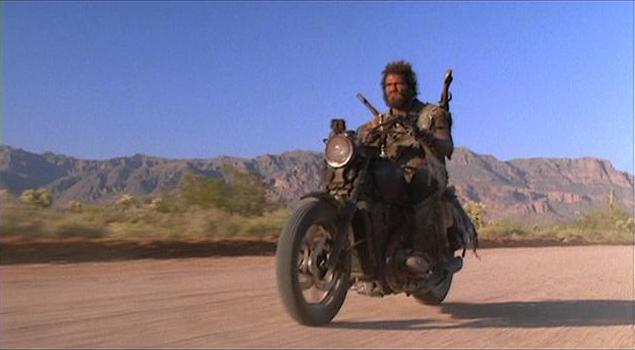 I asked the officer if the flow of traffic across the border had increased - he said it hadn't since the Covid closure. I motored on over very empty roads, past gas stations that had prices of $5.14 USD for regular, $5.70 USD for premium, and $6.76 USD for diesel. This part of Canada (maritime provinces) had never looked too prosperous and it hadn't changed. Restaurants were all closed for the season so I stopped at the government liquor store and bought a bottle of Havana Club rum - which isn't sold in the US but now can be brought back through US Customs.
In the summer St Andrews is a picturesque harbor town with an incredible golf course ($320 greens fees peak season) and some good restaurants.
Back at the US Customs, again no other vehicles and one restless looking officer. No search, no interest noted when I told about the Havana Club in the Chase Harper tail bag. Regardless of the length of the wait, the questions asked, or the depth of the search I always wait until I am released to thank the officer for his (or her) duty in the thankless jobs they do keeping (or trying to) our borders safe.
Strangely enough, a Canadian motorcyclist (unvaxed like me) told me that the US Customs does require proof of vaccinations for Canadians to enter the United States. It's not 100% that every officer will ask for proof, but the risk of being turned away at the US border puts a big kibosh on unvaxed Canadians riding across the border.
With luck my now 37 year old daughter and I will resume father daughter trips to Quebec City next summer - we've done this since she was 12 - first riding with me, then a Ninja 250, then an R6 every year until Covid.

Member
Interesting and informative.
Thanks for sharing

Member
I agree, these were pretty cool insights into your neck of the woods. Glad you had a chance to get in some late-season riding. I'm looking forward to getting my daughter her first bike so we can ride together.

texas.devops said:
I'm looking forward to getting my daughter her first bike so we can ride together.
Click to expand...

Father daughter time alone is the highest of high quality time a guy can spend. We all get along well (still married and happy too) , but mothers being present can change the dynamics. Once we arrived in Quebec City there was this old style bar we always would start our foot tour with - not a dive, but not fancy or artsy-fartsy either. Quebec has a 18 year old minimum drinking age. After a few beers we'd walk through the old city, then after dark we'd find a sidewalk restaurant along the Grande Allée and have a meal while watching humanity and fine cars and motorcycles pass by. One of these trips allowed some open discussion about a bad relationship she was in but rarely ever spoke about. That discussion played a part in the end of that relationship and the start of better times for her. The riding was fine too - a bit scary at first following along behind her before she had gained enough experience for me to feel a little more relaxed. But in a short period of time I could hardly keep up with her - especially on curves. A combination of points on her license, fines for speeding, and her career as an ER nurse slowed her down.
It's tricky business raising daughters.

Member
Good posting. You always do a good job documenting your travels, so I always read them.

Ihave a grown daughter who lives in Boston and you’re right on about daddy/daughter time being special. I hope to ride up in the area you describe in the next few years. So many places to see…
Thank you for posting this
Ron

Member
Thanks Ron for the kind words. If you're ever in the area maybe we can meet up and ride.

greenie said:
Thanks Ron for the kind words. If you're ever in the area maybe we can meet up and ride.
Click to expand...